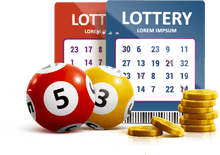 As contained in its Memorandum and Articles of Association, SLSLC was established under the Companies Act, (CAP 249 of the laws of Sierra Leone, 1960) on the 10th December, 1962 to provide affordable and varied games of chance to the majority of Sierra Leoneans.

The Sierra Leone State Lottery Company (SLSLC) is still proudly keeping its head above the parapet in a tough economic, competitive and unregulated environment where few other similar establishments have managed to survive. Due to past and current satisfactory sales performance, SLSLC can now pride itself of total assets strength of well over fifteen billion Leones nationwide. Although on revaluation of the Company’s fixed assets, total assets can be estimated at over forty billion Leones. This includes: the Tower Hill Office, Siaka Steven Street Office, Bo Office, Makeni Office, Land at Lakka and Port Loko and the Instant Lottery House in Bo.

In recent times, and spurred on by a desire for innovation, these varied games of chance (also known as lotteries and betting games) have gradually increased from the popular Mini 5 (now rebranded as Mini 5 double); Kick Po; Wheel of Fortune, State Bingo and Pik 6/49 to the newly introduced and challenging Odds Sports Betting (meaning all sports including football, tennis, athletics, basket ball, boxing etc), Pik 3 (now rebranded as Match 3), Lucky Goals (a fun game commonly known as scratch scratch) and The Big One (an internationally recognised and widely accepted game also known as El Gordo) have turned out to be very popular with football fans, youths and middle class punters. These games also help players to be more mathematically oriented.

SLSLC continues to inspire respect in the betting and lottery industry as a result of the keen attention it pays to transparency, accountability and fairness in its operations. No other lottery company in Sierra Leone can compete with the Sierra Leone State Lottery Company for being well regulated and responsible, fair, honest, random, and transparent in their operations.